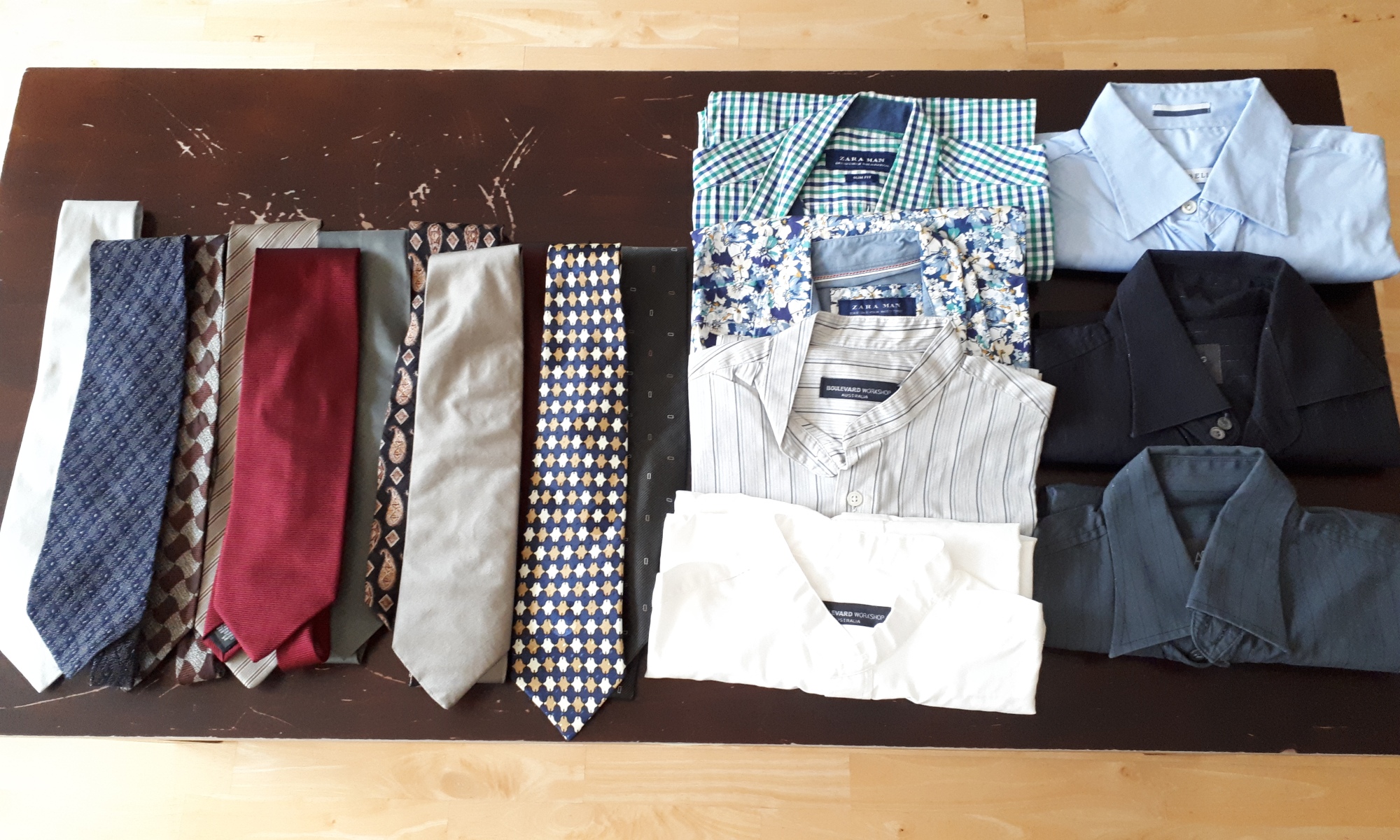 I don’t know what’s wrong with me but it was just one of those spur of the moment decisions. Yesterday morning right before I got out of bed, I decided: I don’t need a lot of stuff to be happy anymore.

So, without too much thinking, I opened the closet and the clothes drawers in my bedroom, selected 10 ties and 7 shirts from a range of many, I thought it was about time to give them away to charity.

Long story short. The clothing bin at Vinnies near my place was full, so I ended up going further to the Salvos instead. It didn’t appear there was any permanent clothing bin outside the church, so I went in to enquiry about it. The lady in the entrance was kind enough to tell me that I could simply leave my to-be-donated clothes on the floor in one of the rooms further down the corridor. So I did.

Just when I was about to go, that same lady came to me and said: Hey, would you like to join us? I said: No thanks. I am not a church goer. She acknowledged it with a smile. I don’t know why I stayed but I told her that I’m very upset, my dog has passed away. She expressed her sorry then asked if I have a picture of my puppy. I said: Yes, but I can’t talk about him at the moment. Next, she asked me if OK to pray for me. I said: OK.

I must say I was quite moved by the words she said. She prayed to God to bring me hope. She even thanked God for bringing me there. At last, she told me don’t throw away Jamie’s toys and don’t be in a hurry to get another dog, when time is right a new dog will come to me.

How would she know? No idea. I am certainly not planing on getting a new dog now and in the future. But it’s just nice to have someone like her in our community, a total stranger who’s wiling to give you some words of comfort and warmth during tough time, even there is nothing in it for them…