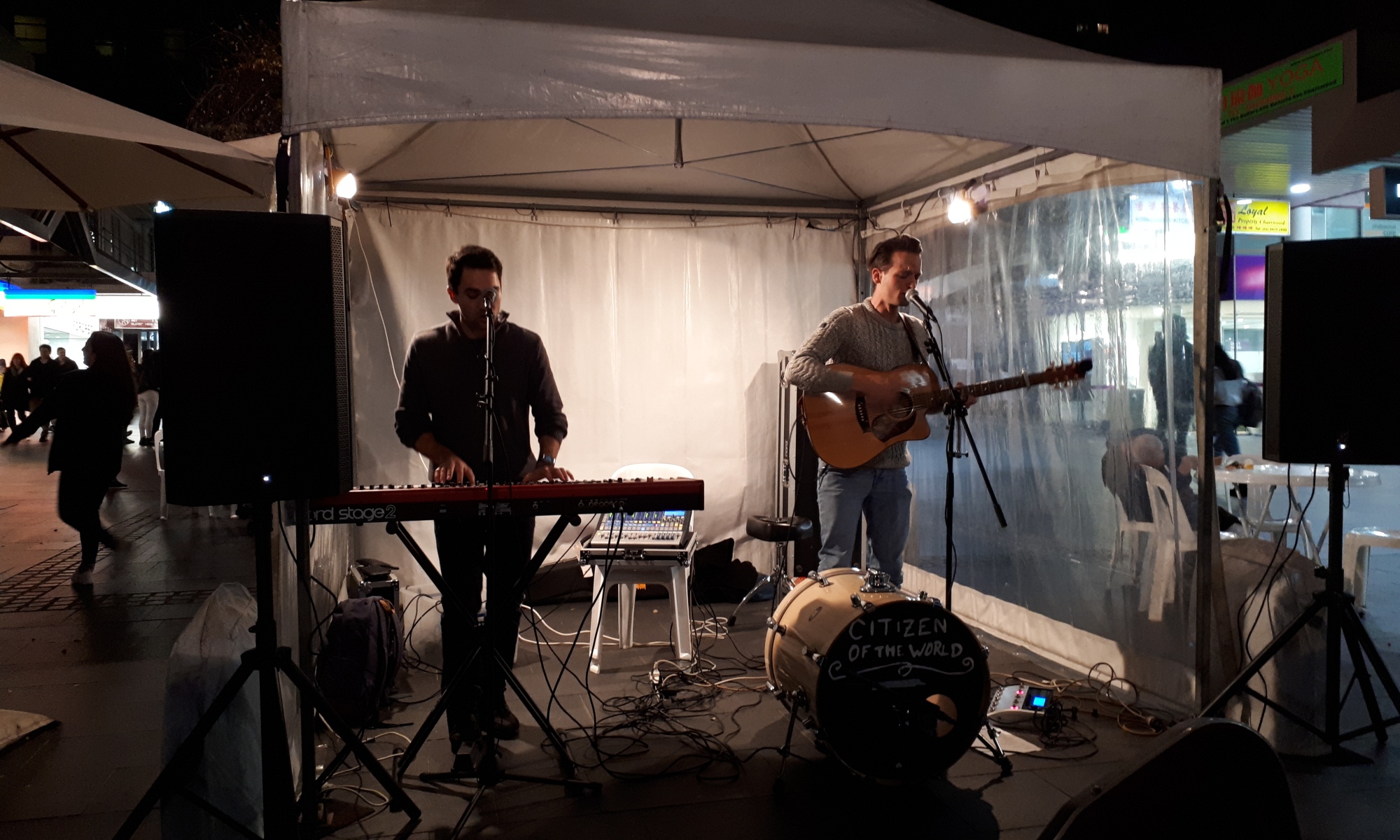 Chatswood Mall Market is a hectic place. There’s a good variety of market stalls to please all sorts of shoppers including food from around the world – Greek, Spanish, Turkish, Japanese, Chinese, Malaysian, Taiwanese, you name it. It also features a live musical entertainment in a wide range of genre every week.

“Citizen of The World” was the band busking one Friday evening some time ago. In fact, it was the second time I saw them there. Even though I was much drawn by their tune the very first time, I didn’t stay to watch them play. It was all because I was in a mad rush to do my grocery shopping.

It took me the second time to stop and immerse myself in their music. I found myself gravitating towards the energy and the emotions flowing through the band members. It felt as if the lead singer was singing for me especially when he was interpreting a very powerful ballad or a sad song as he called it. I could tell he must’ve sung it from his heart. It was very moving.

Captivated by their musical style, I decided to own it on the spot. Counted to 3, I took a few quick steps towards the centre stage, put a ten dollar note inside an open guitar case that already had some loose coins and notes lying around, then grabbed a copy of their latest EPs “Memories In My Head” from a box. For some reason, I was a bit nervous to get so close to them but I felt like they needed my support, so I just went for it.

Later that night I found the band’s Facebook page and decided to write them a text message to say how much I loved their gig. To my surprise, a couple of hours later the band members responded with thanks and some really kind words. One said it makes his day. The truth is they made my day as much as I made theirs.

I guess any one of us can be just another face in the crowd, but the thing is we all the power to make a difference to someone’s day even in a smallest fashion. I’d love to see the band make a name for themselves one day and continue to touch people through their songs.

Next time, if you happen to see an artist or a band playing a gig you like, why not stop, look and listen to the music. It’ll mean a lot to them…